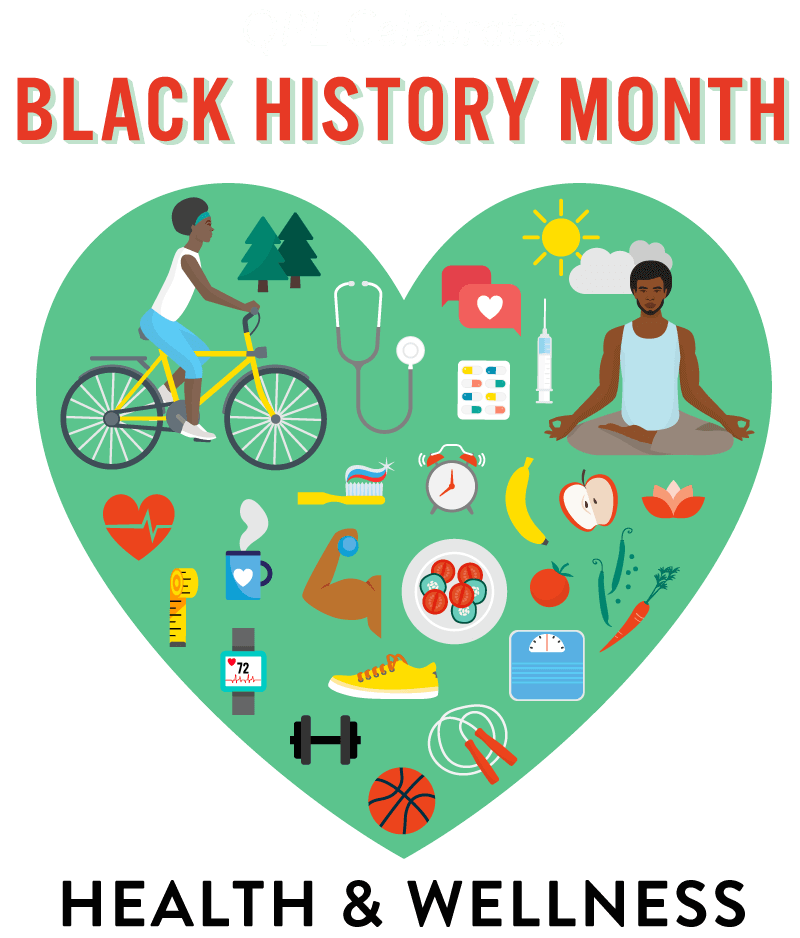 dr. James McCune Smith (1813–1865)
James McCune Smith was born into slavery in New York City in 1813. His dream of becoming a doctor seemed impossible since he was denied admission to American colleges because he was Black. He attended the University of Glasgow in Scotland, where he earned his bachelor’s, master’s, and medical degrees by the age of 24 through sheer determination. Upon returning to New York City in 1837, he established his own medical office and pharmacy at 93 West Broadway — making him the first African American doctor with a practice in the United States.

dr. Rebecca Lee Crumpler (1831–1895)
When Rebecca Lee Crumpler graduated from the New England Female Medical College in 1864, she became the first Black female physician in the United States. That same year, she opened a medical practice in Boston. Her Book of Medical Discourses, published in 1883, was one of the first publications about medicine written by an African American.
(Photo credit: https://commons.wikimedia.org/wiki/File:Rebecca-Lee-Crumpler.jpg)

dr. Daniel Hale Williams (1856–1931)
Daniel Hale Williams opened the nation’s first Black-owned interracial hospital, Provident Hospital. Dr. Williams is also a medical pioneer. On July 10, 1893, he became the first doctor to successfully execute open-heart surgery on a human, and he is regarded as the first African American cardiologist. He co-founded the National Medical Association and was the first Black physician admitted to the American College of Surgeons.

dr. Solomon Carter Fuller (1872–1953)
Solomon Carter Fuller earned his medical degree in 1897 from Boston University and became the first African American psychiatrist. In 1904, he began pioneering work with the psychiatrist and neuropathologist Alois Alzheimer in Germany, studying the traits of dementia. Dr. Fuller was the first to translate much of Alzheimer’s work into English. When he returned to the United States, Dr. Fuller continued research on Alzheimer’s disease and schizophrenia, depression, and other mental illnesses.

dr. Charles R. Drew (1904–1950)
Charles Drew’s research on blood transfusions, blood properties, and plasma began when he was a student. As a surgeon, he came up with innovative ways to store blood plasma in blood banks. As the director of the first blood bank project in Britain during World War II, his work saved thousands of lives. He also established the American Red Cross blood bank and served as its director. He quit, however, when the Red Cross insisted on segregating African American blood. From 1942 to 1945, Dr. Drew served as a surgeon and professor of medicine at Freemen’s Hospital and Howard University until his untimely death at 46 in a car accident.
(Photo credit: https://en.wikipedia.org/wiki/Charles_R._Drew#/media/File:Portrait_of_Charles_Drew.jpg)

dr. Jane Cooke Wright (1919–2013)
Jane Cooke Wright worked alongside her father at the Cancer Research Foundation in Harlem, which her father established in 1948. The father-daughter team researched chemotherapy drugs that led to remissions in patients with leukemia and lymphoma. After her father died in 1952, Wright became the head of the Cancer Research Foundation at age 33. She worked as the director of cancer chemotherapy at New York University Medical Center, and she was an associate dean at New York Medical College. Her research helped transform chemotherapy from a last resort to a viable treatment for cancer.

Otis Boykin (1920–1982)
Otis Boykin was not a medical professional but an inventor who is mainly known for a life-saving device: the pacemaker. The pacemaker uses electrical impulses to help people maintain a regular heartbeat. Boykin developed a control unit that regulated the pacemaker with more precision, drastically improving its function and improving hundreds of thousands of lives. During his career, he patented 28 electronic devices.
(Photo credit: https://www.blackhistorymonth.org.uk/article/section/science-and-medicine/otis-bobby-boykin/)

dr. Edith Irby Jones (1927–2019)
In 1948, Edith Irby Jones became the first black student to attend racially mixed classes in the South and the first black student to attend the University of Arkansas School of Medicine. Her enrollment in this previously segregated southern medical school made news headlines across the nation. She was accepted to complete the first residency by an African American at a hospital in Arkansas and established her practice in 1962. In 1985, she became president of the National Medical Association.

Dr. M. Joycelyn Elders (b. 1933)
Dr. M. Joycelyn Elders is the eldest of eight children who grew up in a rural, segregated, poverty-stricken Arkansas. Her parents were sharecroppers, and she worked in cotton fields starting at age five. Inspired by Edith Irby Jones, she decided to become a doctor. She became the first board-certified pediatric endocrinologist in the state of Arkansas in 1978. Elders served as the head of the Arkansas Department of Health from 1987 to 1992. In 1993, she was appointed U.S. surgeon general, the first Black and second woman to hold that post.

dr. Patricia Bath (1942–2019)
Patricia Bath was the first African American to complete an ophthalmology residency with New York University’s School of Medicine in 1973. In 1975, she became the first female faculty member to be appointed at the ophthalmology department of UCLA’s School of Medicine. Believing that “eyesight is a basic human right,” Dr. Bath co-founded the American Institute for the Prevention of Blindness. Bath studied laser technology and foresaw its potential for eye surgery. In 1986, she invented the Laserphaco probe, a device and method for cataract treatments. When she patented the instrument in 1988, she became the first African American female doctor to receive a patent for a medical invention.

Henrietta Lacks (c. 1920–1951)
Henrietta Lacks was the unaware source of the HeLa cell line— nicknamed “HeLa” cells, from the first two letters of her first and last names — which is the first immortalized human cell line and one of the most important cell lines in medical research. An immortalized cell line reproduces indefinitely under specific conditions. Today, these incredible cells are used to study the effects of toxins, drugs, hormones, and viruses on the growth of cancer cells without experimenting on humans. They have been used to test the effects of radiation and poisons, study the human genome, and learn more about how viruses work and played a crucial role in developing polio and COVID-19 vaccines. Even though some information about the origins of HeLa’s immortalized cell lines was known to researchers after 1970, the Lacks family was not made aware of the line’s existence until 1975. With knowledge of the cell line’s genetic provenance becoming public, its use for medical research and commercial purposes continues to raise concerns about privacy and patients’ rights.
(Photo credit: https://web.archive.org/web/20011201201650/http://www.news.harvard.edu/gazette/2001/07.19/04-filmmaker.html)

dr. Ben Carson (B. 1951)
Ben Carson grew up in a single-parent home in Detroit. At age 33, Dr. Carson was appointed director of pediatric neurosurgery at Johns Hopkins Children’s Center in Baltimore. In 1987, at 35, he received global acclaim when he separated the Binder conjoined twins in Germany. It was the first successful operation of its kind. In 1997, he again successfully separated twins who were joined at the head. Carson developed groundbreaking techniques to treat brain-stem tumors and methods for controlling seizures. He was a presidential hopeful in the 2016 elections and served as the U.S. Secretary of Housing and Urban Development under President Trump (2017–2021).

Terrie Williams (b. 1954)
Terrie Williams is the powerhouse behind her eponymous public relations and communications firm. She has represented the upper echelons of Black Hollywood—her clients include Eddie Murphy, Chris Rock, and Miles Davis, among others. Williams is also a trained social worker with a Masters of Science in Social Work from Columbia University. In 2003, she suffered a severe bout of depression. Williams was forced to put her public relations career on hold as she recovered from the illness, an experience that spurred her mental health advocacy. She went public with her story to quash long-held stigmas and reluctance to seek treatment. She has penned four books on the subject, and is a mental health activist who lectures across the country.
(Photo credit: https://en.wikipedia.org/wiki/Terrie_Williams#/media/File:Terrie_Williams.jpg)

dr. Regina Marcia Benjamin (b. 1956)
Regina Marcia Benjamin is a physician and former vice admiral in the U.S. Public Health Service Commissioned Corps. She served as the 18th Surgeon General of the United States. She simultaneously served as the first chair of the National Prevention Council, a consortium of 17 cabinet-level federal agencies aiming to shift the national attitude about health from sickness and disease to wellness and prevention. Dr. Benjamin is the first physician under the age of 40 and the first Black woman elected to the board of the American Medical Association.

Dr. Mae Jemison (b. 1956)
Dr. Mae Jemison is most famous for becoming the first Black woman astronaut to go into space in 1992; she is, however, a trained physician who has dedicated her life to improving global health. Dr. Jemison joined the Peace Corps in 1983 and worked as a medical officer for two years in Africa. Her work in the Peace Corps taught her about healthcare in developing countries. Later, as an astronaut, she learned about satellite telecommunications. She combined those two skill sets to form the Jemison Group, which develops telecommunications systems to improve healthcare delivery in developing countries.

Dr. Olufunmilayo “Funmi” Olopade (b. 1957)
Dr. Olufunmilayo “Funmi” Olopade graduated from the University of Ibadan, Nigeria with an MBBS, in 1980. The professor, oncologist, and dean at the University of Chicago Medical Center works to improve screenings and early detection testing for populations including African Americans. They are susceptible to more aggressive breast cancer and are likelier to be diagnosed at a younger age. Her expertise in familial cancer, risk assessment, and prevention earned her appointment to the National Cancer Advisory Board by President Obama
(Photo credit: MacLean Center)

Michelle Obama (b. 1964)
As the first Black First Lady (2009–2017) of the United States, Michelle Obama devoted much of her energy to promoting physical health. She brought attention to the childhood obesity epidemic with her Let’s Move initiative, which encouraged young people to exercise and eat nutritious food. Obama also worked to increase access to healthier food and improve food labeling. She championed the Healthy, Hunger-Free Kids Act, promoting healthier school lunches and funding meal programs for poor children. Along with current First Lady Jill Biden, Obama launched the Joining Forces program to support acces to health services for veterans and their families.

dr. Myron Rolle (b.1986)
Myron Rolle, the son of a Bahamian-American family, is a neurosurgery resident and retired NFL player. In 2006, after a nationwide search, Rolle won the prestigious Franklin D. Watkins Memorial Trophy, the African American scholar/athlete award for American high school males. Aspiring to both the National Football League and medical school, Rolle played as a safety at FSU, completed all necessary pre-medical requirements, and earned his bachelor’s degree in Exercise Science in just 2.5 years with a 3.75 GPA. He postponed playing in the NFL for a year to study at Oxford University as a Rhodes scholar. The Tennessee Titans drafted him in the 2010 NFL draft. Rolle is now a Global Neurosurgery Fellow at Harvard Medical School/Massachusetts General Hospital.
(Photo credit: https://www.businesswire.com/news/home/20210217005546/en/Abiomed-Announces-Appointment-of-Dr.-Myron-Rolle-to-Board-of-Directors)